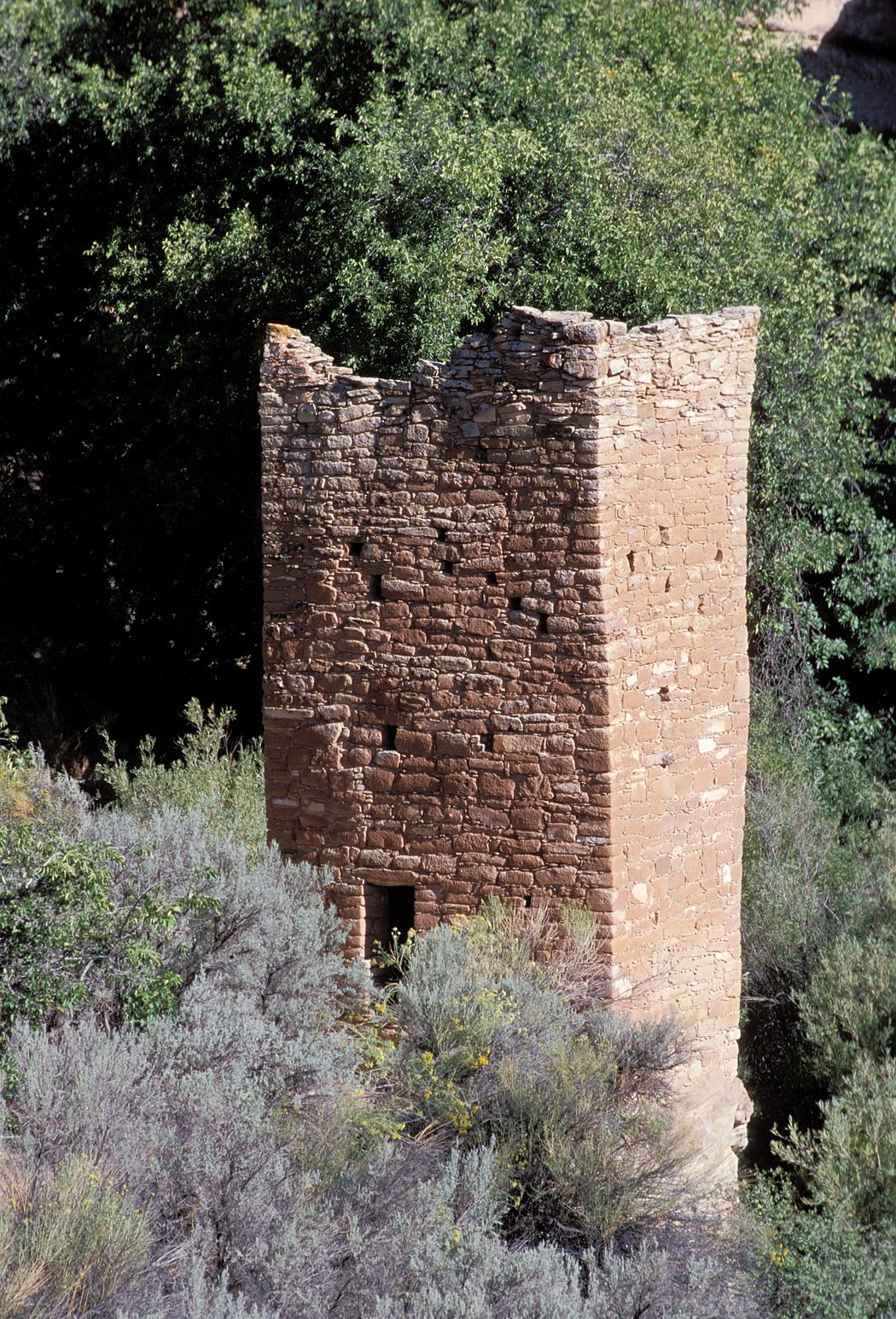 The name Hovenweep means deserted valley in Ute language. The name is apt as a description of the area’s desolate canyons and barren mesas as well as the ruins of ancient communities. Human habitation at Hovenweep dates to over 10,000 years ago when nomadic Paleoindians visited the Cajon Mesa to gather food and hunt game. These people used the area for centuries, following the seasonal weather patterns. By about 900 A.D. people started to settle at Hovenweep year round, planting and harvesting crops in the rich soil of the mesa top. By the late 1200s, the Hovenweep area was home to over 2500 people.

In 1854, William D. Huntington, on a missionary trip to the southwestern United States for Brigham Young, discovered the ruins of the present Hovenweep National Monument. The ruins were already known to the Ute and Navajo guides who considered them haunted and urged Huntington to stay away.

In 1927, ethnologist J. Walter Fewkes of the Smithsonian Institute included descriptions of the ruins in published archeology survey reports and recommended the structures be protected. Little excavation was done on the sites until 1970s. Hovenweep was proclaimed a National Monument on March 2, 1923.

To plan your visit to Hovenweep