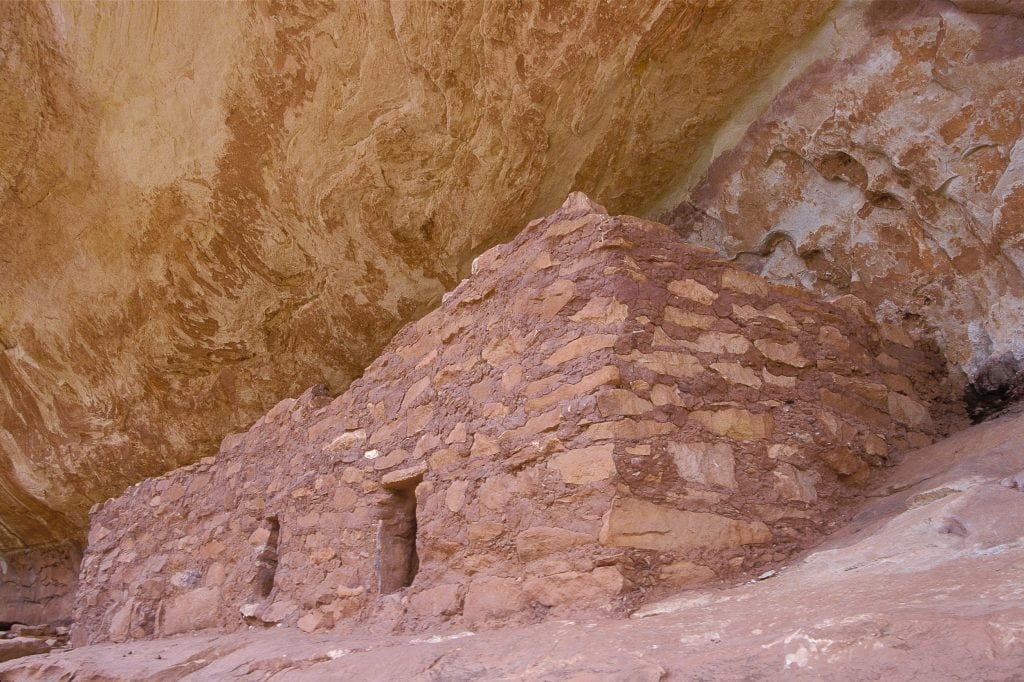 Natural Bridges was first used during the Archaic period, from 7000 B.C. to 500 A.D. Only rock art and stone tools left by hunter-gatherer groups reveal that humans lived here at that time. In 1883, prospector Cass Hite wandered up White Canyon from his base camp along the Colorado River in search of gold. What he found instead were three magnificent bridges that water had sculpted from stone.

The three bridges in the park are named Kachina, Owachomo, and Sipapu (the largest), which are all Hopi names. A natural bridge is formed through erosion by water flowing in the stream bed of the canyon. During periods of flash floods, particularly, the stream undercuts the walls of rock that separate the meanders (or goosenecks) of the stream, until the rock wall within the meander is undercut and the meander is cut off. The new stream bed then flows underneath the bridge. Eventually, as erosion and gravity enlarge the bridge's opening, the bridge collapses under its own weight. There is evidence of at least two collapsed natural bridges within the Monument.

To plan your visit to Natural Bridges