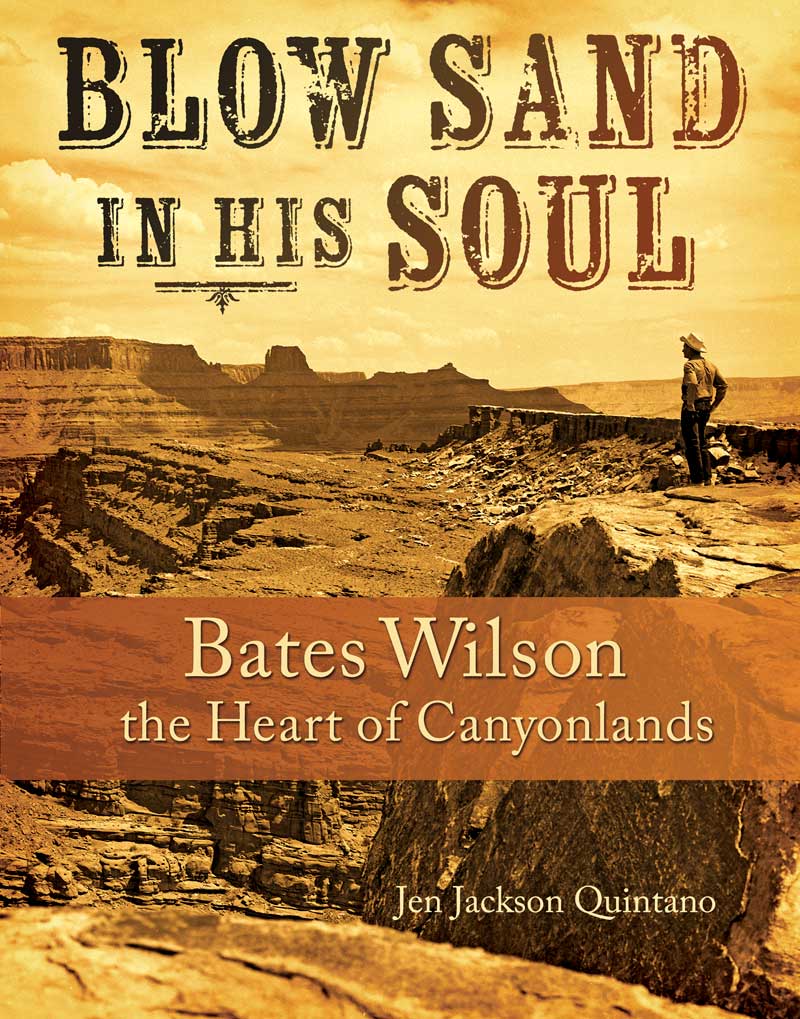 Blow Sand In His Soul

Bates Wilson the Heart of Canyonlands

Bates Wilson was a force of nature, like a river. Or a flash flood. And the course he carved through the desert landscape is still apparent today. Though he never received a high school diploma, Bates became one of the most respected men in the National Park Service. Canyonlands National Park today stands as a testament to his singular love of place, and his ability to transcend political partisanship, and his damned good dutch oven cooking. Anyone who ate with Bates in Canyon Country was made a believer in its worth and beauty. Anyone who ate with Bates became his friend.

He was admired by a certain young ranger named Edward Abbey, and developed a life-long friendship with Secretary of Interior Stewart Udall. This is the man responsible for the enduring wildness of Needles, Maze and Island in the Sky. This cowboy-cum-diplomat is the father of Canyonlands.

Artwork by Serena Supplee, 2014 Community Artist in the Parks

This beautiful painting by Moab artist Serena Supplee depicts the Confluence of the Green and Colorado Rivers in Canyonlands National Park. Signed and unsigned Limited Edition prints are available for purchase. 18 x 24" unframed.